Home About the MSF FAQs What can I do now? Contact and Forms

The PGM and Kevin have landed!!

The Provincial Grand Master, RW Bro The Revd David Bowen, and W Bro Kevin Lyons, of Delphis Lodge, have completed their freefall tandem parachute jumps. They did them, despite slightly doubtful weather, on the morning of 30 August at Hinton Airfield, in Northamptonshire. For a selection of photos see below - more to come.

Provincial Grand Master eats a leek for the Festival! 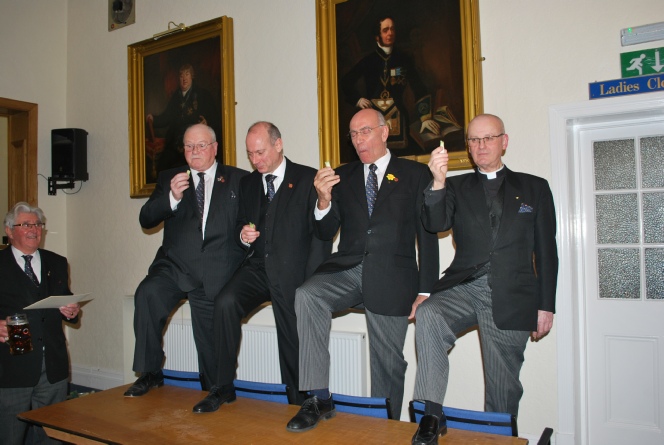 Donate while you shop - at no cost to you!

W Bro Michael Holland, of Dean Leigh Masters’ and Manchester St David’s Lodges, has succeeded in his sponsored weight loss programme in aid of the Festival. 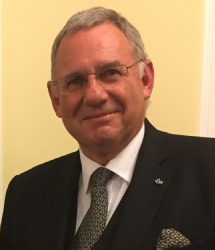 Michael set out to lose 12kg before the meeting of Herefordshire Provincial Grand Lodge on 6th June 2016. His weight was checked (and witnessed!) at the Appeal Committee meeting on 8th January 2016, and he weighed in at 115.2kg. He has more than achieved his target, and at the Appeal Committee on 3 June he weighed 100kg - 3.2kg better than his target!

Many congratulations to Michael!

It’s not too late to sponsor him - why not send your congratulations to him by adding to his sponsorship.

The Festival Summer Ball on 2 July raised the fantastic sum of £6,000. It was also a very enjoyable and successful evening, with 140 dining, and a waiting list of those who would have liked to be there. Very hearty congratulations are due to all those involved in planning and carrying out such an excellent event. 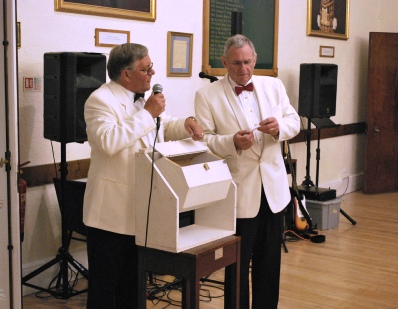 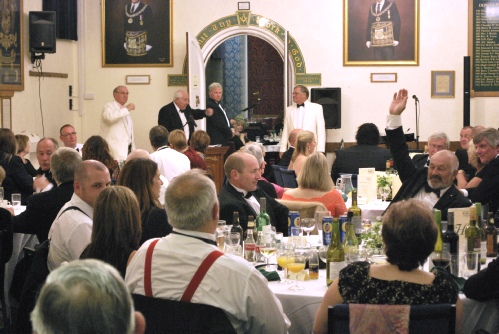 Thanks also to Mike Roff, for conducting the auction in such an entertaining manner.

Thanks also to Terry and Clare and all their helpers for providing and serving an excellent meal.

And to Smokestack for providing the entertainment, and to all who supported the event by being there. 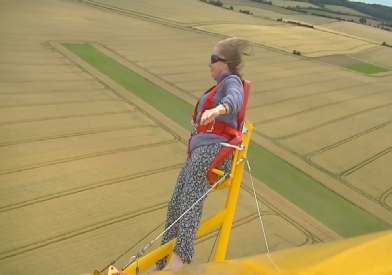 Teresa Bridgland-Taylor, W Bro Tim’s wife, has completed her wing-walk in aid of the Festival. She did this on 16 July 2016 at Chiltern Park Aerodrome in Oxfordshire. Congratulations to Teresa for a fantastic 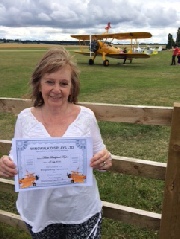 effort, and many thanks for supporting the Festival in this brave and dramatic way!

In the Auction at the Festival Summer Ball in July, two keen motorcyclists on the Festival Committee offered rides on their motor bikes. Nigel Boothby and Michael Holland made the offer, and Provincial Charity Steward Nick Swan and his wife were the successful recipients of both.

On 23rd August Michael and Nigel set off for the day, with Nick and his wife Sue as their passengers. They went to Aberaeron where they had lunch. Nick started off on Michael’s bike and Sue with Nigel, and they swapped during the day. Both bikes are BMW tourers.

Many thanks to Nigel and Michael for offering these rides for the auction, with all proceeds going to the Festival, and to Nick and Sue for rising to the challenge!

Use of White Gift Aid envelopes

Please make sure white alms envelopes are properly filled in, otherwise Gift Aid can’t be claimed. Full information here, and also in your Lodge. Thank you for using the white envelopes so we can make the most of your donation. 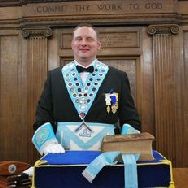 W Bro Chris Holt, WM of Coningsby Lodge, has undertaken to LOSE WEIGHT!!! during his year in the Chair. This will be a rare achievement as most WMs end the year considerably fatter than when they started!

He would very much appreciate sponsorship, which you can give via his Everyday Heroes page here . If you would prefer to support him without making a donation on line, please email him here

The fifth issue of the Festival Newsletter, dated February 2017, is now available and has been sent by post to all Brethren in the Province. It has details and photos of past events, and of forthcoming events, as well as information about items available for sale in support of the Festival.

Congratulations to him and we hope he had a great day out, and thanks again to Chris Holt for his generosity. Why not support Chris in his weight loss programme here

The second prize, kindly donated by W Bro Terence Payen, was dinner, bed and breakfast for two at the Corners Inn, Kingsland. The winner was Lindsey Madely.

Very many thanks to Chris, and to Terence, for their generosity. The draw raised a very valuable contribution to the Festival of £600. Thanks also to all those who entered the draw. 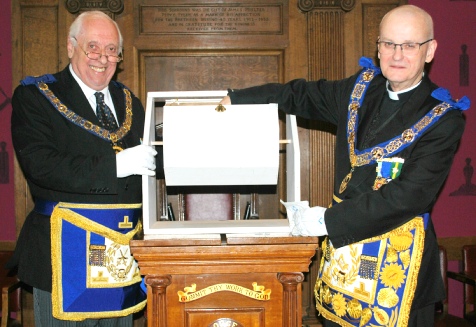 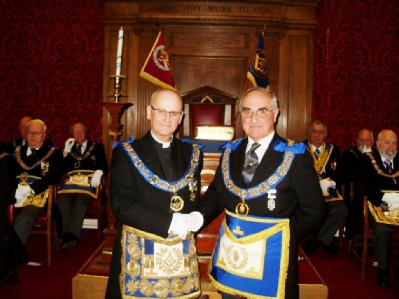 The Festival was officially launched on Monday June 1 2015 by the Festival President, the Provincial Grand Master for Herefordshire, RW Bro The Rev’d David Bowen, and the President of the Masonic Samaritan Fund, RW Bro Willie Shackell.

RW Bro Shackell said the Festival had three main aims: to raise money so the Fund can continue its invaluable work; to raise awareness, so that those Brethren and their families who could benefit know what’s available; and for everyone to have fun doing it.

Although there are plans to combine the four Masonic Charities, the money raised throughout the Festival will be used specifically to provide the kinds of support now being delivered by the Masonic Samaritan Fund.

To mark the launch, RW Bro Bowen presented RW Bro Shackell with a cheque for £45,000 - three times the originally intended amount for the launch! In accepting the cheque RW Bro Shackell congratulated the Province on getting the Festival off to such a good start, and thanked the members for their generosity. The challenge would now be to keep the momentum going, and to meet the target for the five year Festival of £300,000, announced by the Festival President at the launch. 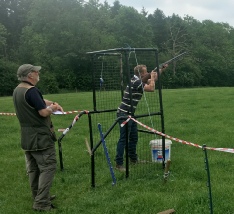 St Peter’s Lodge held a very successful clay shoot in aid of the Festival on 27 May, which raised a total of £569. You can see more details on the Provincial website by clicking here

W Bro Michael and Christine Holland hosted a very successful hog roast and garden party at their home in Allensmore on 22 July 2017, which raised a splendid total of £2,165 for the Festival.

115 Brethren, wives, partners, families and friends attended and had a very enjoyable time. The weather wasn’t perfect but wasn’t as bad as had been forecast, and in no way did it put a dampener on the event.

A  big thank you to Michael and Christine for the huge amount of work they put in, and for making their lovely garden available. Thanks also to all those who helped set up and organise the party, and to those who attended and made it such a successful day.